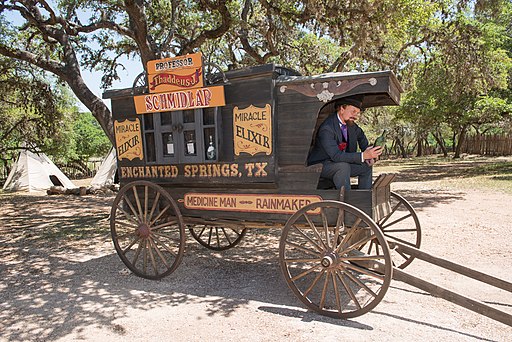 Maine Examiner contributor Ken Frederic offers some tips and advice to help readers sort out political charlatans and manipulators from the sincere.

Years ago, I was taught that a fundamental problem I would face as a communications engineer was deciding whether a valid signal was present in a noisy environment. Communications engineers have an array of tools that fundamentally use what is known about the signal to enhance the probability of detection. In a sense, we all face the same communications dilemma as we ingest both information and noise from the media and from those seeking to persuade us. Perhaps we may not know what the truth is but, I suggest, we can detect noise by examining the way words are used. That lets us actively discard noise and raise the probability of getting valid information.

Jason Nazar (Forbes.com, Mar 26, 2013) lists 21 principles of persuasion, the first being that “persuasion is not manipulation” because manipulation is “coercion using force”. I reject that definition and hold that nearly every principle he lists is manipulative. Webster does not conflate coercion and manipulation as Nazar does and by doing so he shows that those who specialize in persuasion are skilled at misusing words to manipulate and maybe they are even unable to avoid doing it.

Admittedly, there are folks who don’t know the meaning of words and misuse them. Ignorance is not dishonesty but how are we to believe the ignorant ever understood what they heard or read? Those who deliberately misuse words are another matter: They are manipulating and deceiving. Everything they say is too suspect to ingest.

It’s an election year and everywhere people seek to persuade us. Primary candidates sought to persuade us that they shared our values and principles and would be the best choice to represent us. They’ll continue that in the General season, but they and others will also seek to persuade us their competitors are dishonest, immoral, or hostile to our values and interests. We must decide whether we’ll accept those messages and fundamental to that decision is our assessment of the knowledge, sincerity, and honesty of the writer or speaker.

One blatant example of manipulation is the term “undocumented Immigrant”. Immigrants are, by definition, documented and come here legally. Those who come here illegally are “alien migrants” and criminals. Referring to them as immigrants is dishonest and insulting to actual immigrants. Hearing or reading that term means it’s time to move on to another source.

Another manipulative misuse is conflating access to health care with payment for health care. Access has nothing to do with who pays and that usage is meant to create an impression that doctors and hospitals turn away the sick and injured without treatment. That doesn’t happen.

Other manipulations include conflating rights and privileges, democracy and representative republic, and phobia with disdain and disapproval. Assertions of racism, discrimination, malnutrition, or marginalization are not proof that any exists and not evidence Government is a remedy. Evidence will cite specific events, specific named individuals, and traceable sources. Absent evidence and especially attributable sources, assertions are just manipulative noise. Surely all of us have dozens of other examples.

Much of the media and surely much of what is said by politicians is noise crafted to frustrate those who genuinely seek to understand the issues and make their own choices based on truth and facts. Many politicians would prefer we make emotional not rational decisions. Most of us with a little life experience have witnessed political charlatans who identified a ‘problem’ nobody had experienced and then proclaimed the desperate need for a legislative solution that either means more of your money is seized as taxes and fees or that a new bureaucracy will make intrusive decisions about your life and property. In my experience, those folks are marginal performers so explosively reactive that few, if any, were willing to suffer the name-calling, accusations, back stabbing and even physical confrontation that follows any challenge or criticism. That reaction is yet another instance of manipulation. When a challenge is met with hyperbolic reaction, it’s time to tune out and walk away.

There’s no place in a Republic for charlatans and manipulators. They deserve neither our attention nor our votes. Fortunately, voters need not endure the abuse by these folks. We get to choose what we read, which channels we tune to, and who we listen to. Do that. Decide what is information and what is noise. Discard the noise. Disregard manipulators. Make Informed decisions. Then vote to give the manipulators and charlatans the extended vacation they’ve earned.

Ken Frederic is a native of Ellsworth and graduate of UMO. He and his wife, Betty Ann, retired to Maine in 2012 after 43 years as a Department of Defense consultant. They now live in Bristol and are active in the community, St. Patrick’s Church, and Republican politics.